The Future of Deepwater Assets: Exploration, Development and De-commissioning 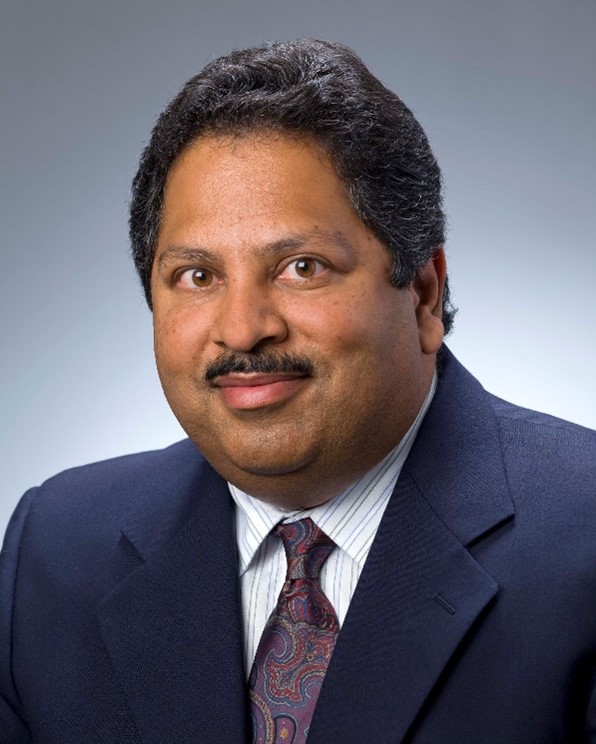 Arun Duggal is the Chief Technology Officer at SOFEC, Inc., a business unit of the MODEC Group. His responsibilities range from overseeing research and development activities across the SOFEC portfolio, and to provide strategic focus to SOFEC’s technology development and project mooring system selection. He has been employed at SOFEC for over 27 years. He has been an active participant in industry conferences and meetings, authoring and presenting over 70 papers and is a Fellow of the Society of Naval Architects and Marine Engineers.

Arun had degrees from Stanford University, Texas A&M University, The University of Miami, and the Indian Institute of Technology, Madras. 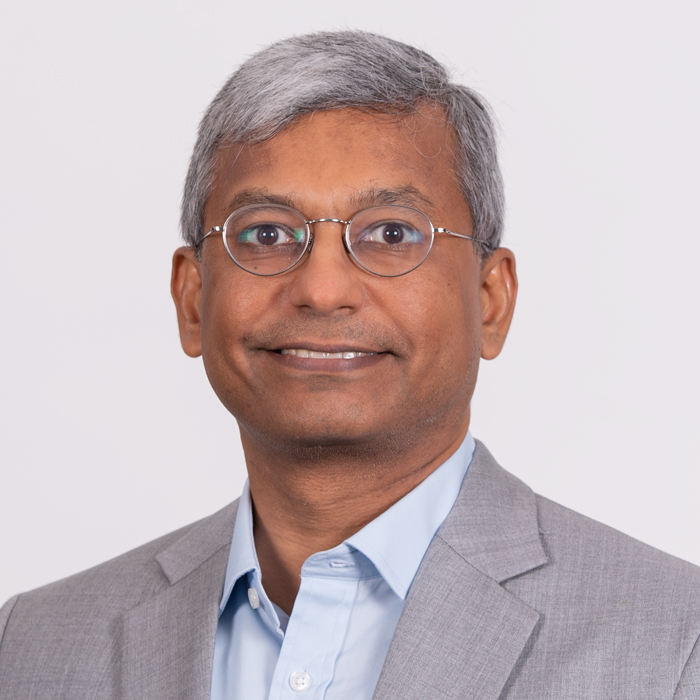 As CTO, Sridhar Sudarsan drives SparkCognition’s product and technology strategy, leveraging next-generation AI systems to secure and optimize assets across key industries. With over two decades of technology leadership experience, Sudarsan has been at the helm of complex products and projects, collaborating with global customers on cutting-edge technologies that deliver bottom-line results. Previously, he was the CTO of IBM Watson Platform and Partnerships, where he led the technology strategy and architecture of the IBM Watson platform. He is recognized as an expert on the business potential and application of advanced technologies, and holds over 14 patents in the areas of AI and distributed computing.

Roy is an inventor and always looking for the “better way”.

He is applying 30+ years of offshore project development and engineering experience to develop innovative ways to speed the energy transition.

Roy co-founded Excipio in 2016, he is helping write the US Offshore Floating Wind Standards and the International Standards for Wave, Tidal, and Ocean Thermal Energy Conversion. He is a recognized expert in offshore renewable energy, and is currently leading a DOE funded study for repurposing legacy oil and gas facilities to Blue Economy uses. 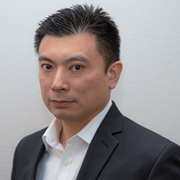 Pak has over 20 years of experience in operational oceanography, ocean observation, and instrumentation. Pak joined Shell as a Metocean (Meteorology and Oceanography) Specialist providing technical and operation support for engineering designs, metocean data collection, marine instrumentation, and GOM assets. As a Technical Authority for Instrumentation and Operational Oceanography, he managed Shell’s ocean current monitoring program in the Gulf of Mexico. He was also the Technical Manager for Project Lobster (later known as Mayflower) where he was involved with the bidding process and responsible for technical strategy. In his previous role as PTX/I Strategic Portfolio Advisor, Pak was responsible for driving and monitoring Shell Technology Strategy implementation, supporting Shell CTO and Engineering Technology VPship to maximize value delivery from their technology investments. Pak is now responsible for identifying new technologies in marine renewable and offshore decarbonization to enable Shell’s Energy Transition strategy.

During the early stage of his career, Pak was an independent consultant for the U.S. Navy. During that time, he also provided technical and business support for Sea and Sun Technology’s marine instruments (including CTDs and microstructure profilers). He then joined Fugro GEOS as Senior Oceanographer and later DNV as Metocean Consultant. During his time at Fugro and DNV, Pak gained expertise in commercial oceanography, including data collection and analysis, on-site offshore equipment maintenance and repair, mooring design, automounts vehicle (glider/AUV) operation, and commercial management, focusing on the Oil & Gas industry.

Pak has a Ph.D. in Physical Oceanography, a Master’s degree in Mechanical Engineering, an MBA, and two Bachelor’s degrees (Physics and Mechanical Engineering). He is also a Charted Scientist granted by the Science Council (U.K.). Pak is actively involved in Shell’s collaboration with the National Academies of Sciences, NOAA, NREL, DOE, and other public entities. Pak also served as the Chairperson for the SPE/IMarEST Loop Current Workshop and Loop Current & Eddies Alliance. 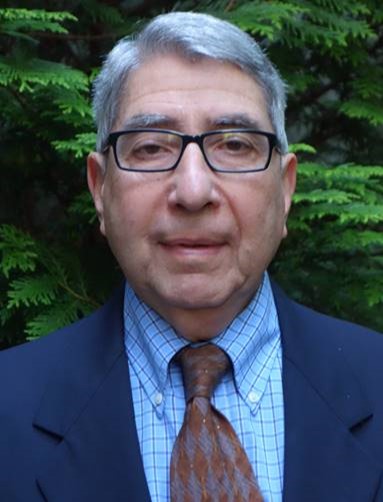 Elias Greenbaum is President of GTA, Inc., a company whose mission is applying offshore wind and ocean energy to power gigawatt-scale subsea green hydrogen production. He is a member of the Board of Directors, California Hydrogen Business Council and a member of the Green Hydrogen Working Group, Business Network for Offshore Wind. He has held research, academic, and industrial positions at the University of Illinois, Urbana-Champaign, the University of Tennessee, Knoxville, the Rockefeller University, and the Union Carbide Corporate Research Laboratory. He is a fellow of the American Physical Society and the American Association for the Advancement of Science. He is a former staff member and group leader in the Chemical Technology/Chemical Sciences Divisions at Oak Ridge National Laboratory and received the ORNL 2000 Scientist of the Year award. He is a UT-Battelle Corporate Fellow and a UT-Battelle Distinguished Inventor. He received a Ph.D. in physics from Columbia University. 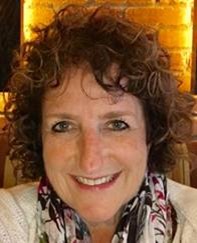 She is currently a Governor Jay Inslee’s Energy Appointee to the Washington State Coastal Marine Advisory Council and US DOE appointed C3E Ambassador to the DOE Women in Clean Technology Initiative. Alla is an active member of the American Clean Power Associations. She is a frequent speaker in the United States and Europe on the development of renewable energy and served as the first President of the European Ocean Energy Association.

Alla holds a Bachelor’s degree in Electrical Engineering from Stevens Institute of Technology and a Master’s degree from the prestigious Thunderbird School of Global Management. 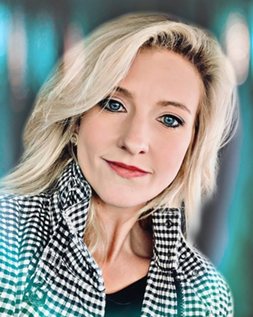 Laura Stadler, CEO & Founder of Global Transition Bridge, LLC, an Energy Transition leader and current 2021, Ally Energy, GRIT Award Finalist as a Climate and Sustainability Champion for her determination and ability to connect teams across the board to develop Hydrogen and CO2 projects. Over the past few years Stadler has worked extensively on multiple large scale infrastructure developments within the Transition space such as Hydrogen production, mobile pipeline solutions, CCS, the reuse of offshore platforms, and Hydrogen storage.

Stadler brings innovative strategies to integrate companies into the ever-evolving energy market allowing effective business growth, clear market roadmaps, and efficient marketing strategies. She brings vision, direction, and niche connections for both small and largescale teams. Stadler has worked closely with Global funding teams, traditional private equity, large public entities to small businesses. Stadler is determined to weave ESG into every mile of transformation she can with her RedM team. RedM, a team of executive professionals, actively spreads awareness about human trafficking and how people can help survivors recover. “ESG is not just about checking off the boxes, it’s about creating sustainable efforts by weaving it into the transformative contracts, laws, agreements, partnerships and reuse of infrastructure for a better world, better business, and stronger communities built with lasting purpose.” 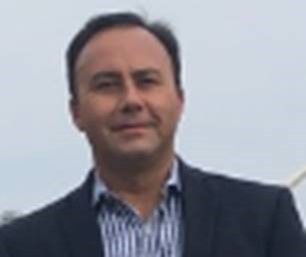 Executive level energy professional with 25+ years of experience in both corporate and entrepreneurship roles, working in senior roles for technology companies National Oilwell Varco (NOV), co-founder and director at Spectraseis, a technology leader for microseismic and induced seismic monitoring, founder and director of Omex, an international consulting company with projects worldwide, and co-founder/CEO of CLS Wind, a new wind energy startup that aims to revolutionize the way that wind turbines are erected and maintained, both onshore and offshore.

His Oil & Gas experience involves experience in exploration, drilling, and production. Some of his skills include strategy, planning, marketing, sales, business development, operations, financial management, as well as extensive work in understanding value chains, market segmentation, and defining how to successfully position companies, products and services in the energy industry.